Madhya Pradesh Cricket Association is most proactive to recognise and reward talent at all levels, be it the players, the coaches, support staff or the other resource persons like umpires / scorers etc. Prudent recognisation and rewarding of talent requires a very massive, deep rooted and passionate pool of experienced people who come together to weave a network and system. It is not only about rewarding the talent but also motivating the upcoming potential. It is always our endeavour to attract and retain critical talent to grow. We try to be strategic and creative to retain and reward talent. MPCA rewards a spectrum of performers, including players at International – Domestic – Divisional Level, coaches, other support staff, upcoming umpires and many more.

This is the highest award of MPCA which is presented annually to the persons who have achieved glory or contributed for the betterment of the game and who belong to Holkars or Madhya Bharat or Madhya Pradesh Cricket Association.

The recipient is honoured for his / her "creative, exceptional, outstanding contribution of the highest order to the growth and development of Cricket either Globally, or at India level, or at Madhya Pradesh state level through achievements and services for the game of cricket."

There are two categories for which this award is conferred upon.

The award carries a 'Silver Souvenir Plaque' and Rs. 5 Lacs

A panel comprising of senior MPCA members recommends the best suited candidate for these awards. The recipients of this prestigious award for season 2015-16 are

"Mr. Rameshwar Pratap Singh is reckoned to be a significant prodigy of the then Holkar Team, one of the strongest teams in National circuit of that era, having played an active role with his score of 100 runs in the World Record created by the Holkar team when six batsmen scored century in same inning (Holkar Vs. Mysore, played at Yeshwant Club from 2 – 5 march 1946, thus becoming a true inspiration and role model for the aspiring cricketers of that era. He continued his contribution to cricket by giving priceless guidance to the budding cricketers of that time"."

" Prof. Surya Prakash Chaturvedi is one of the most versatile personality connected with MPCA and cricket in Madhya Pradesh. A cricketer at the University level, his long contribution as a cricket reviewer, writer, historian and cricket administrator is widely acknowledged and admired, particularly for his affection towards literature in Hindi language aimed to reach out to the common spectators through his writing. His contribution in the field of cricket administration as the Hon. Secretary of Indore Divisional Cricket Association has been very successful and illustrious".

Apart from team awards, special recognition award for best performance in batting, bowling and fielding/keeping is given for each tournament. 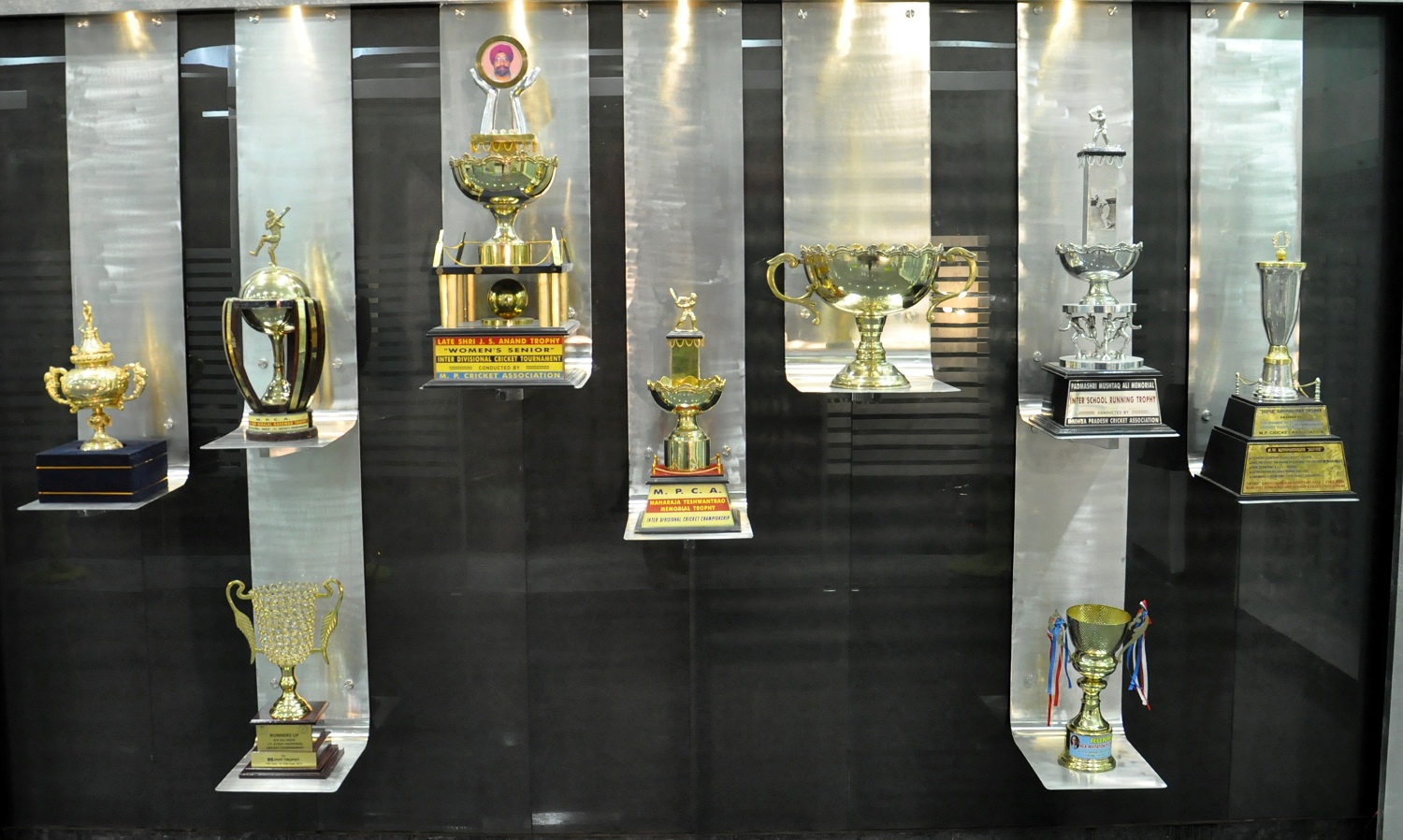