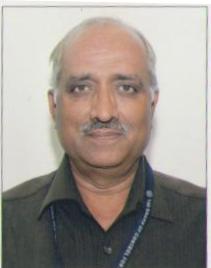 With deep regret we inform about the sad demise of Mr. Vasu Gangawani, a former university player who unfortunately missed the Ranji Trophy berth by a whisker, and a gentleman who proved his mettle as a cricket administrator performing multifaceted roles for MPCA and BCCI. Mr. Vasu Gangwani left for heavenly abode on 21st January 2022 at the age of 71 at Indore.

Around 1969-70 he was a prominent member of the Indore University team – a right-arm medium pace bowler with good ability to swing. His teammates remember his spell of 7 wickets in the finals of the West Zone University championship played at Jabalpur. This 7-wicket haul included the priceless wicket of Mr. Sunil Gavaskar just of his second-ball. Sometime after this final, Mr. Sunil Gavaskar made his Test debut against West Indies where he scored consistently with four test centuries and a double century. Whenever Mr. Sunil Gavaskar met Mr. Vasu Gangwani, the little master graciously reminisced Vasu delivering that unplayable delivery in the final. Afterward, Mr. Vasu Gangwani was selected in the MP Ranji Trophy squad of 15, though, very unluckily, he could not be in the playing XI. Post his retirement from cricket, he acted as an Umpire for several years.

His suave nature, along with his caring approach towards players, helped him to perform the role of 'Liaison Manager' for several International teams visiting India for cricket tournaments. The BCCI nominated Mr. Vasu Gangwani for this very important assignment on several occasions for teams like West Indies (2006, Champions Tr.), New Zealand (2011, ICC World Cup), Sri Lanka (2009, bilateral), England (2012-13, bilateral) Oman (2016, ICC T20 World Cup). He also acted as the 'Local Manager' for the teams that played International matches at Indore for close to 10 years.

He also served the BCCI as a member of the 'Museum Committee'. For MPCA, he played a pivotal role during the construction of the Holkar Stadium. Along with this, he also contributed to MPCA by extending his guidance while being member of Finance Committee, Members Coordination Committee, Panel for the MPCA Lifetime Achievement Award. Presently, he was a member of the all important 'Umpires Committee'.

Undoubtedly, the cricket of Madhya Pradesh has lost one of its most loyal, committed, and selfless contributors.

Mr. Vasu Gangwani's untimely death is widely mourned, and I am joined by past & present cricketers, Office Bearers, Members of the Managing Committee, all Life Members, and associates of MPCA expressing heartfelt condolences to his bereaved family in this period of grief.

May his soul rest in eternal peace.